< Back to Event Schedule

In the event of inclement weather all event activities will be moved inside the lodge with capacity limitations. 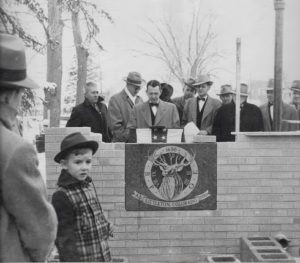 Littleton Elks Lodge Trivia: The original lodge hall was located at 258½ Main Street in Littleton. A building committee was appointed and a site was purchased opposite the Court House on Broadway. Later it was sold and a new lodge home site was purchased at 5749 South Curtice Street in Littleton, where the Littleton Elks Lodge #1650 has remained since that date. A formal dedication of the new lodge building was held on December 14, 15 and 16, 1950, by the then Exalted Ruler James A. Drehle. March 12, 2017 marked the 75th anniversary of Littleton Elks #1650.